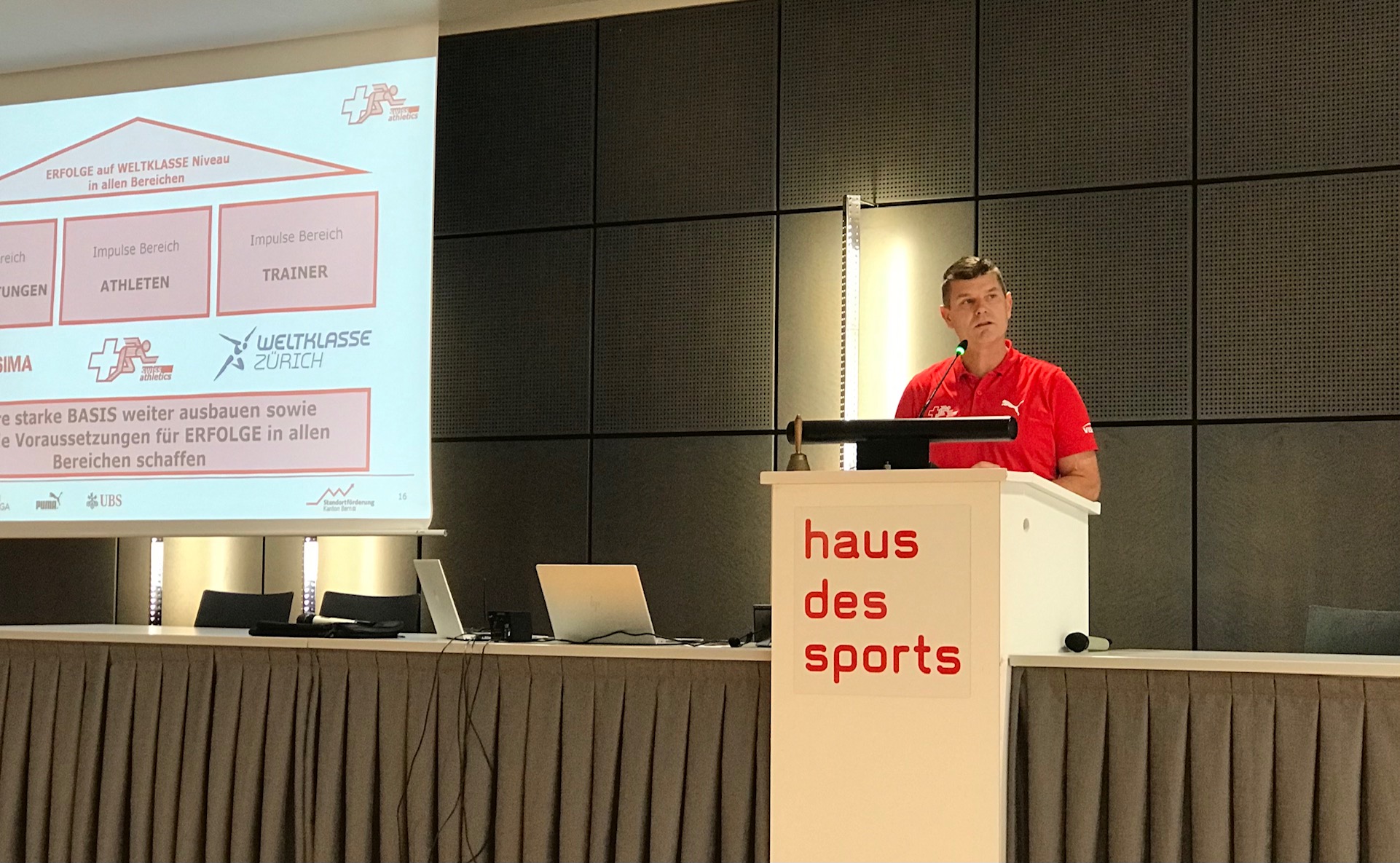 We were present at the traditional Swiss Athletics seminar on November 19, 2022, in particular at the Communication and Ethics workshops.
The latter was particularly interesting and very topical for us who were already present at the World Athletics seminar just 4 weeks ago (at the same time as Swiss Athletics).
Delighted to (re)see our federation already very actively at work and with the desire to integrate these new standards emanating from Swiss Olympic related to ethics (including in all the processes of the federation itself) and to situations doping, cheating and sexual harassment and abuse.
This will have, among other consequences, the modification of the statutes of Swiss Athletics.

Our history, directly linked to that of the EAP circuit, shows to what extent we were pioneers, not to say visionaries, (more than 30 years!) in the fight against doping.
Our DNA is based on it.
The characteristics of our meeting and of the EAP circuit are resolutely those of a clean meeting circuit!
And even more than that: our approach implies that all athletes and delegates who are members of the leather have obtained I Run Clean® certification in order to be able to participate in our meetings. Members of organizing committees are also required to be certified.
For all other participating athletes, acceptance of the Code of Conduct is a requirement (for many years).
This Code of Conduct is the milestone around which the EAP circuit revolves. It defines the framework of application and also the sanctions in case of infringement and we are happy that there is now (finally!) a superior and official body to which to refer to denounce actions and behaviors against these ethical principles. This reinforces and confirms our position.

At the communication level, we have claimed the narration and the portraits of athletes so that the general public can really follow and be interested in our sport.
It was noted that the athletics community knew where and how to obtain real-time competition results and that social networks and especially the Swiss Athletics site was the source of reference (including Seltec live-resaults).
But to find a place among the other great sports, now that we have athletes of absolute value, we had to create more narration, stories, portraits that the traditional media (paper) could better take up and publish.
We lack space in the columns of the newspapers and we must do training work to educate (and sometimes convince) journalists to publish by valuing in a certain way the careers and activities of our sport.
We also need to better highlight the work of volunteers. Without them, no movement would be possible.
Combined with ethical values, journalists should understand the value of a qualification or, all the more reason, of a medal obtained by the athletes of our country. Understanding this, allows them to better showcase the reach internationally.

The exchanges were interesting and constructive with Swiss Athletics which, listening to its members, consolidates the beautiful current achievements and pursues with as much awareness and responsibility its construction of Swiss athletics for the coming years. Constraints and difficulties (regulations, search for organizers for its various championships, evolution of the concepts of ranking, labeling and therefore selection by World Athletics with the WRC) have in no way prevented highlighting the exceptional and prosperous year athletics at the highest level. 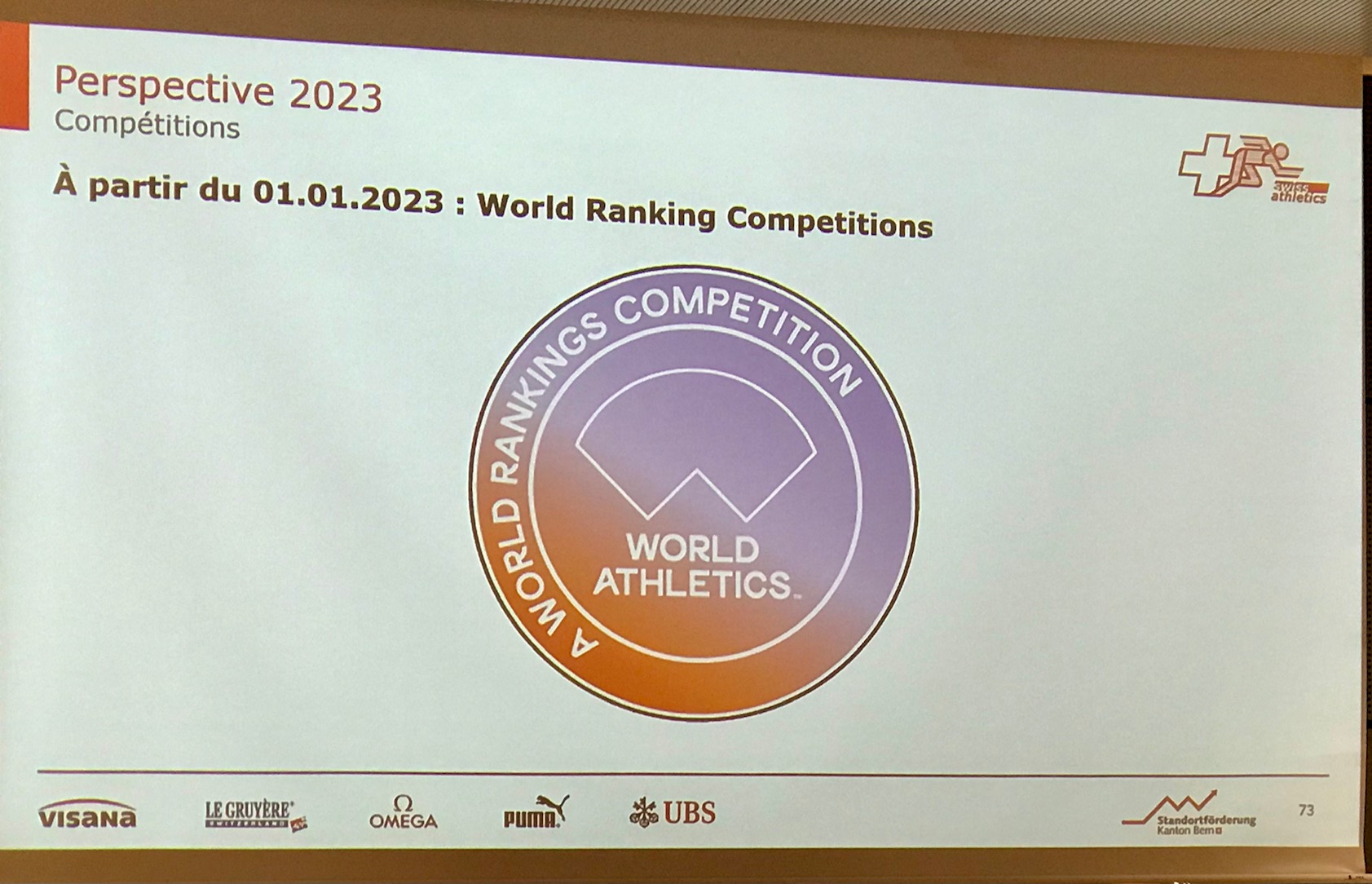 Swiss Athletics also informed about the strategy of World Athletics to define the meetings valid for the ranking of athletes. Indeed, only meetings labeled World Ranking Competition (WRC) will be recognized as valid to validate performances (and points).
The validation of these meetings also involves a tax of $100 (estimated at CHF 100.-) which caused a reaction from part of the assembly, both for an "additional tax" and on the very principle of this label. Some meetings, for their performance to be recognized, will have to pay this tax on the one hand (even if Swiss Athletics hypothesizes that this can be taken from the registration tax, without additional increase, and on the other hand if this is the value of these points, stick to the "game" of the World Athletics Continental Tour Challenger permits (or Bronze, Silver, Gold or Diamond League meetings). 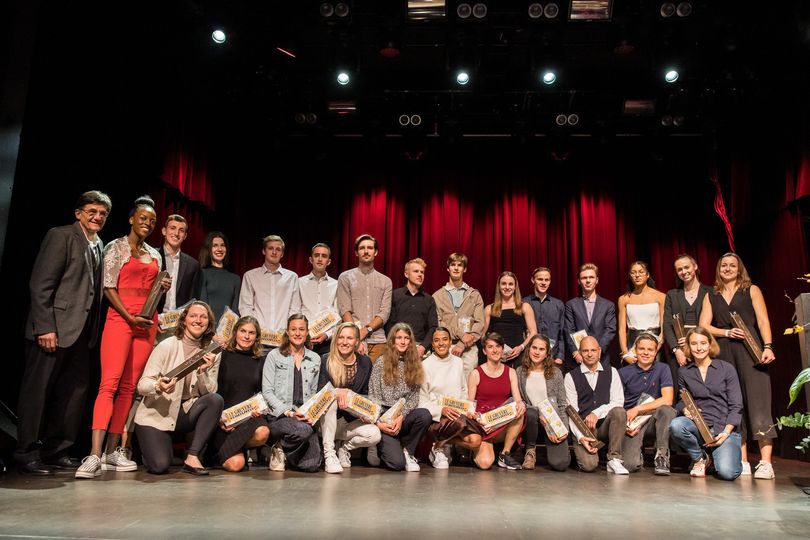 The seminars were then followed by the Swiss Athletics Night, at the typical and trendy place of Bierhübeli, in the center of Bern, where Mujinga Kambundji, Simon Ehammer, Audrey Werro (youth), the women's 4x400m relay team, the coach of the year (Marco Kälin) the sportsmen of the year were crowned, as well as all the finalists and other medalists at the major championships, in their respective categories, celebrated (photo © AthletiX). Tremendous success of Swiss athletics which continues to confirm its good health at the highest peaks and to continue its development among young people.

Last but not least, Swiss Athletics wanted to thank the work of Justin Aubry, new honorary member of Swiss Athletics, who has been working for Neuchâtel athletics for 50 years as a coach, the first head of Swiss starters, known for his involvement in the Résisprint meeting in La Chaux-de-Fonds and many other commitments for Swiss athletics. 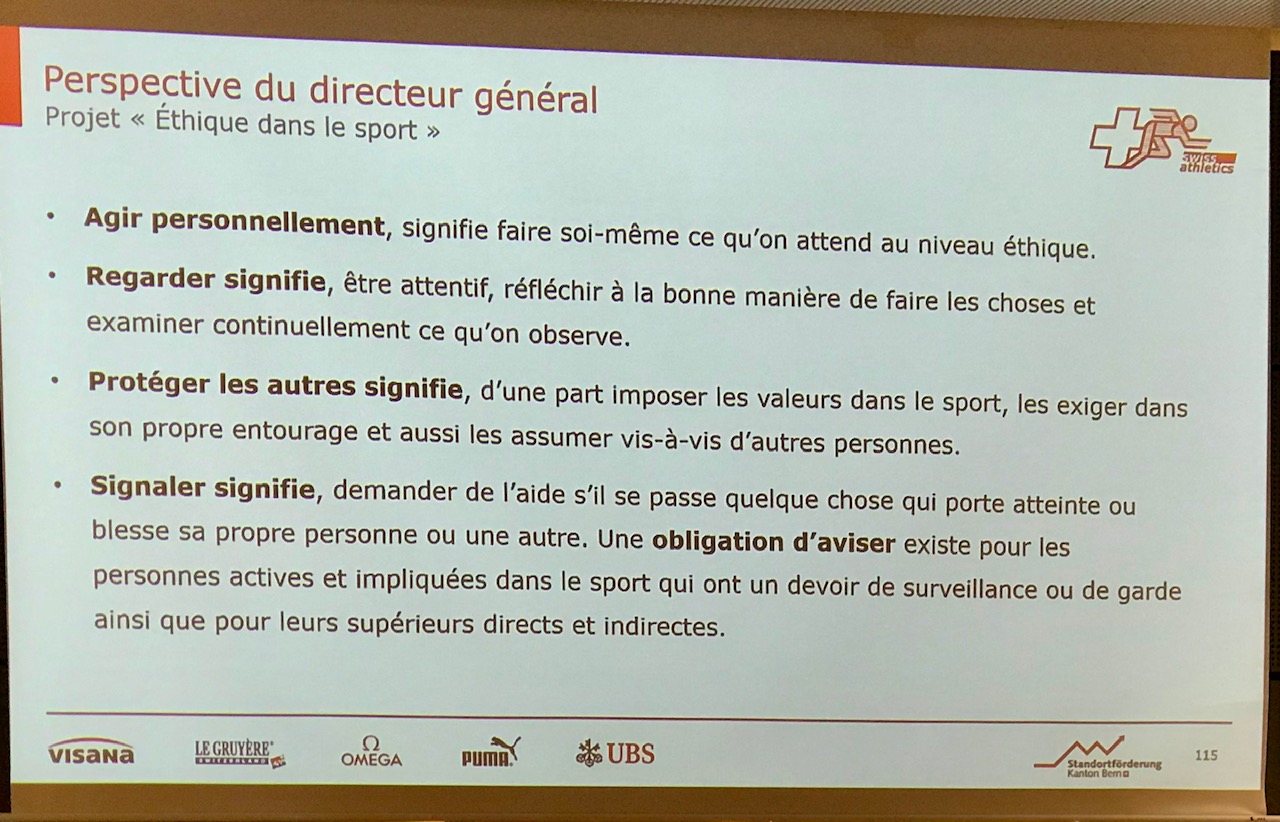 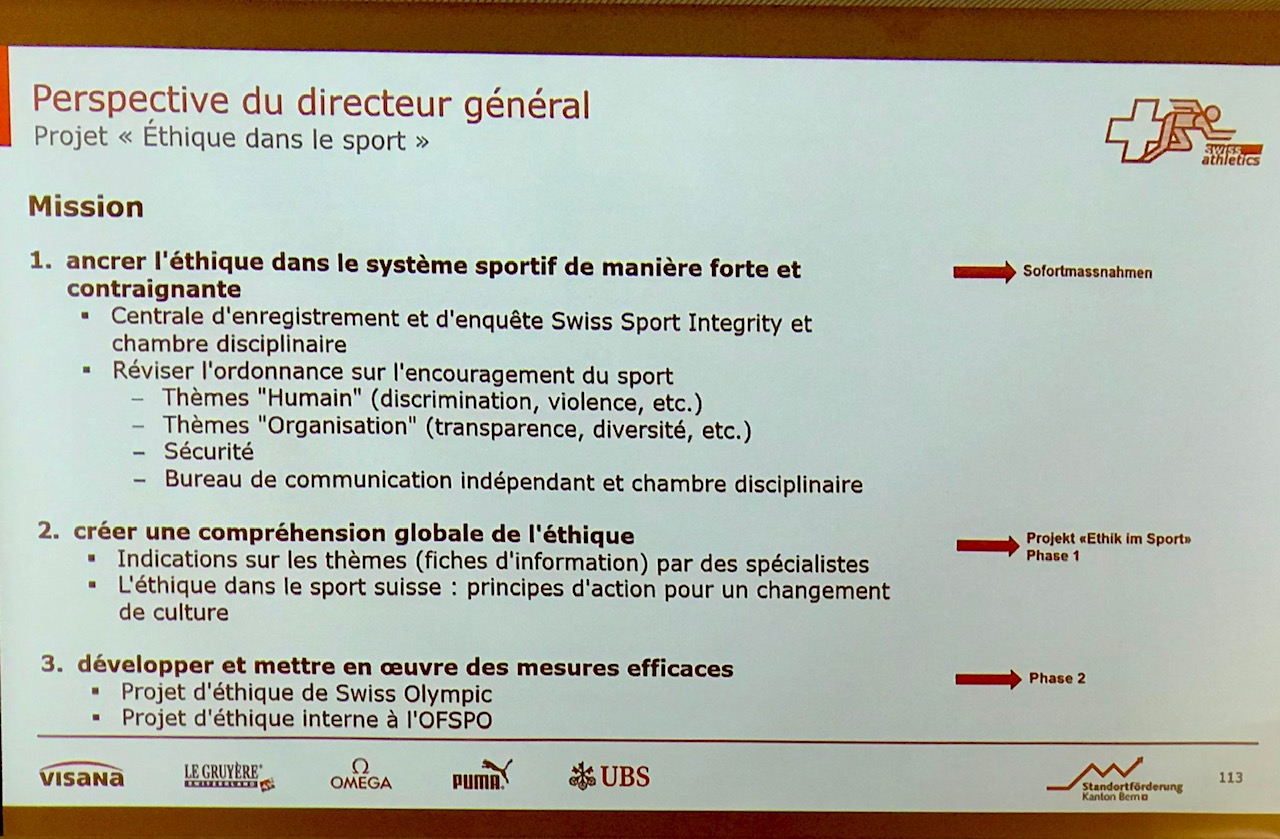 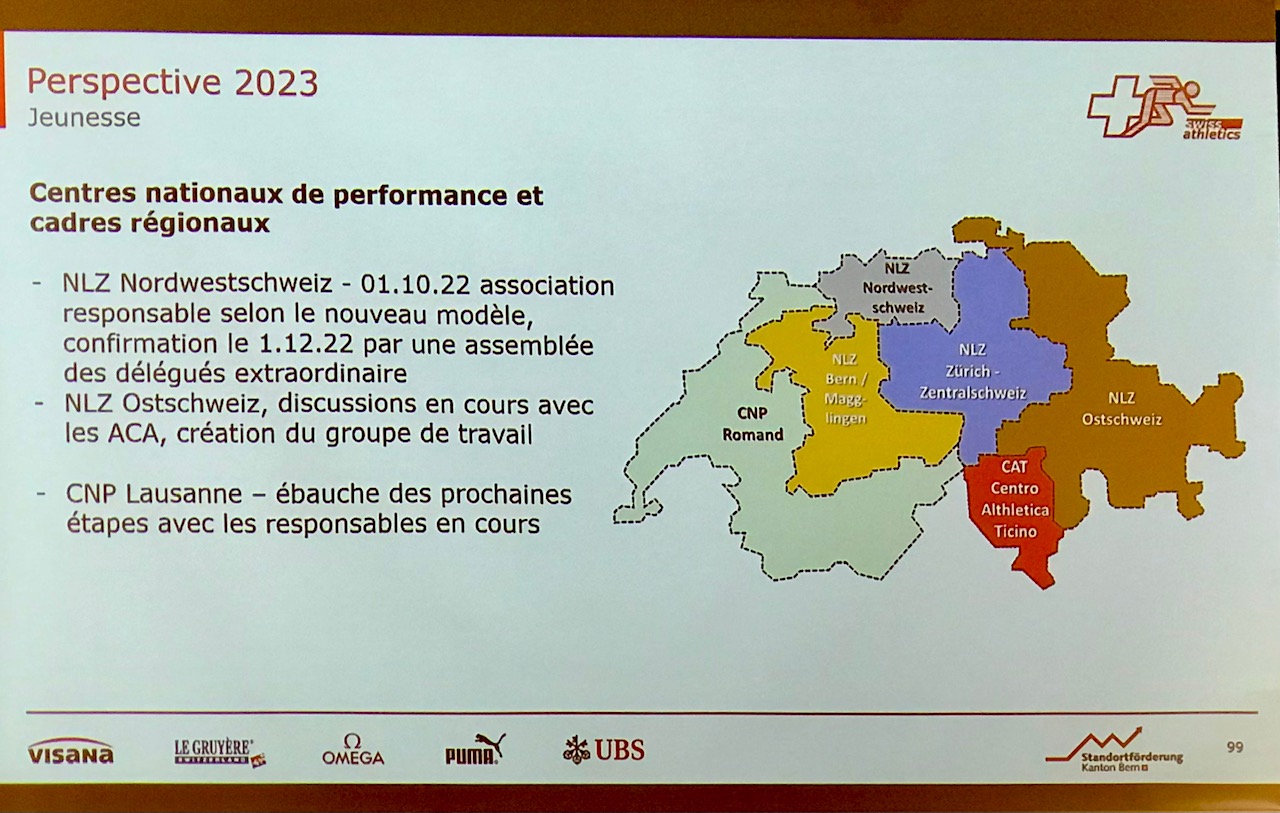 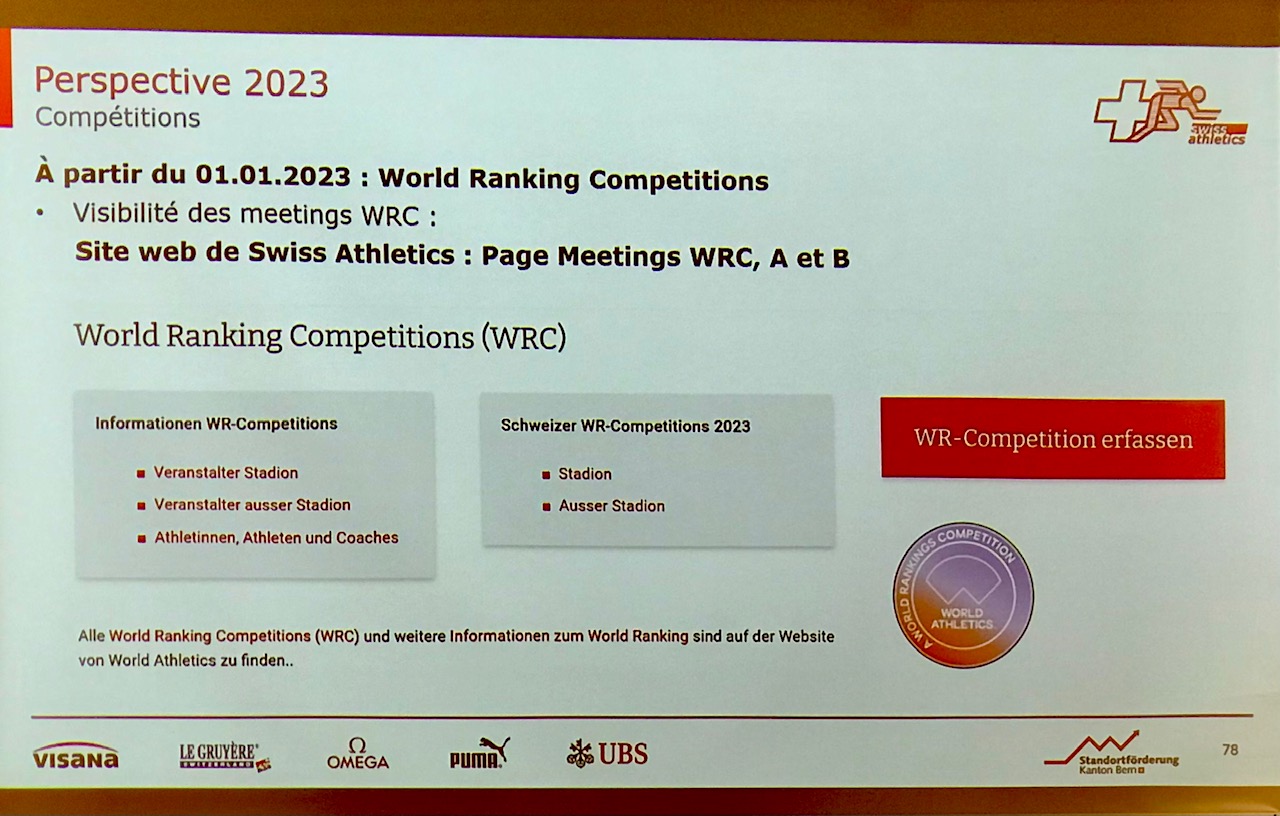 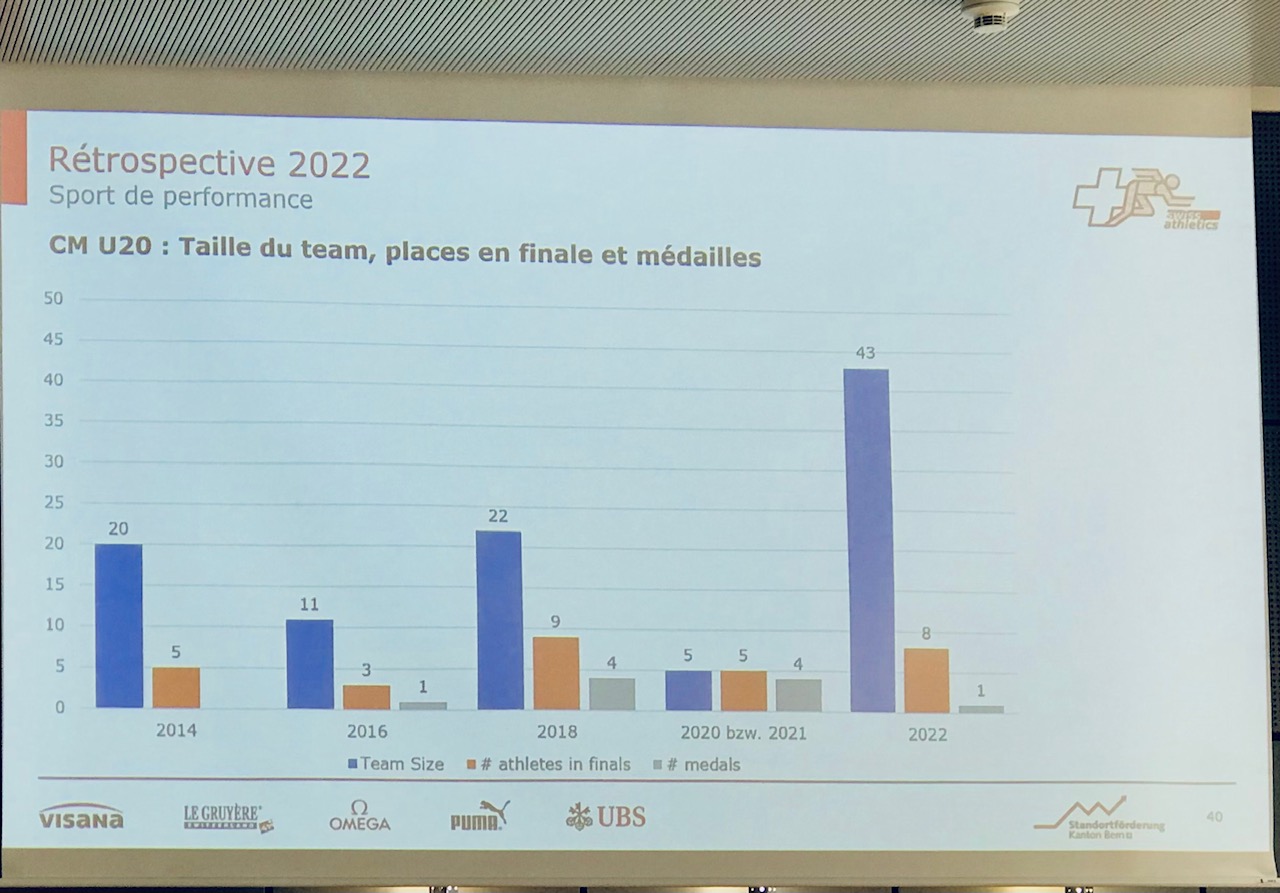 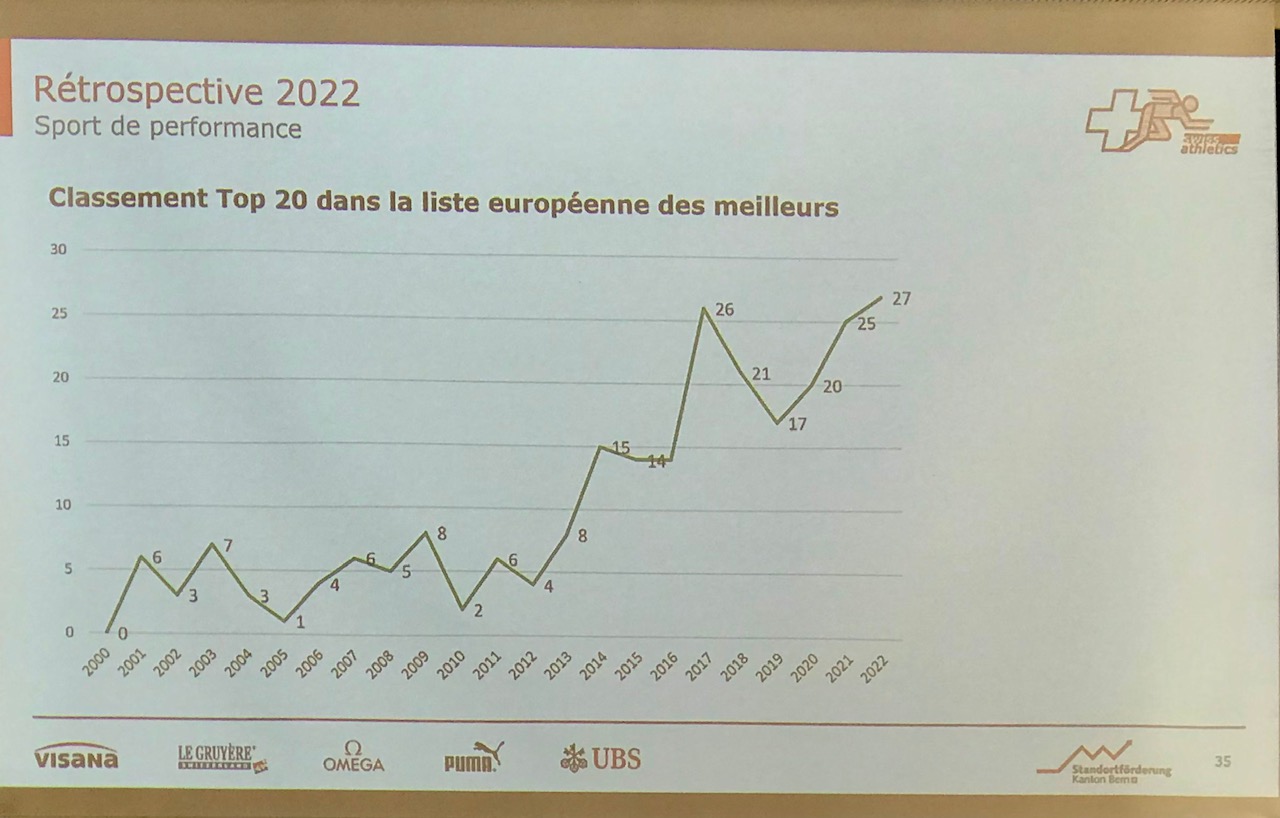 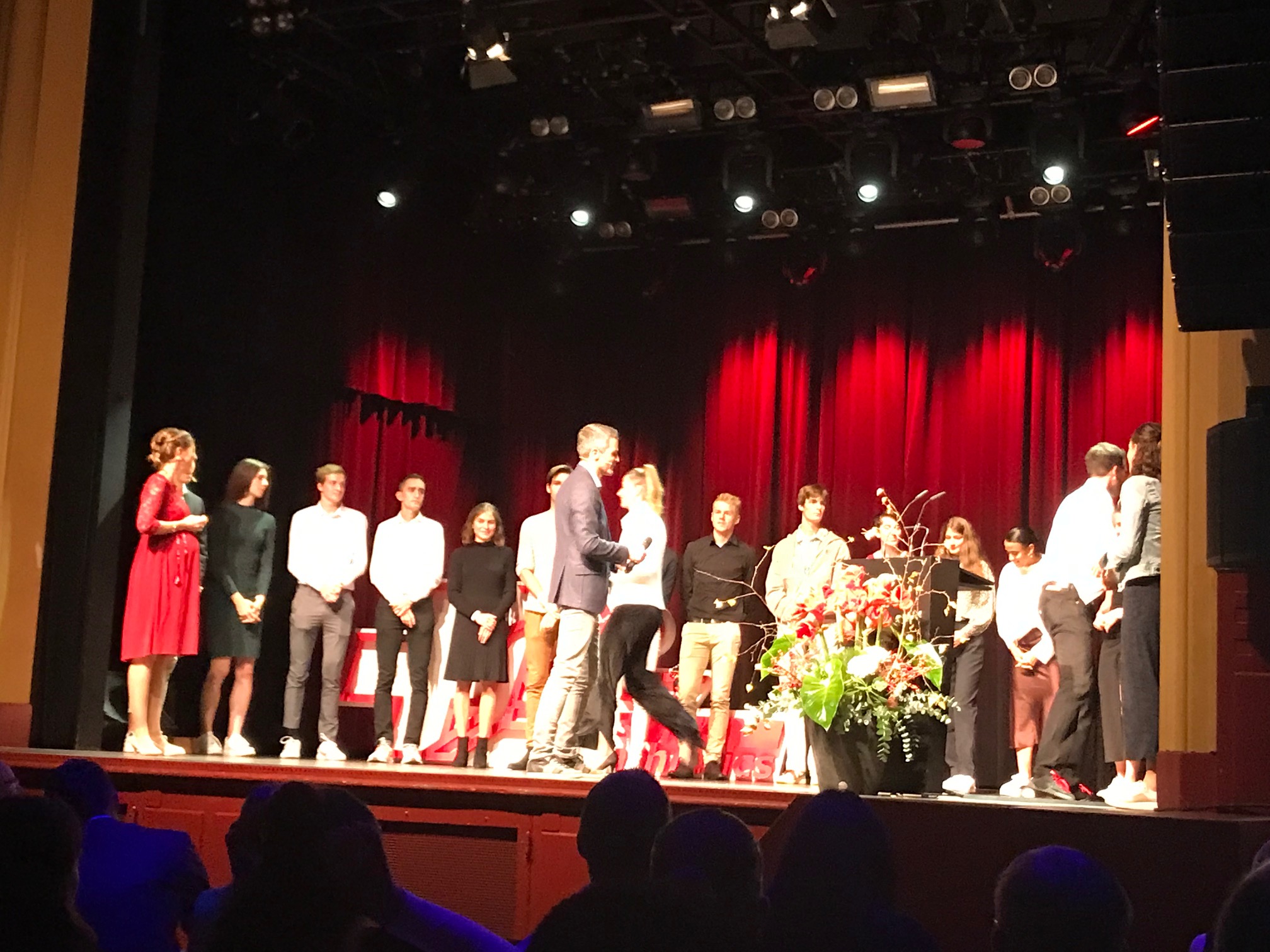 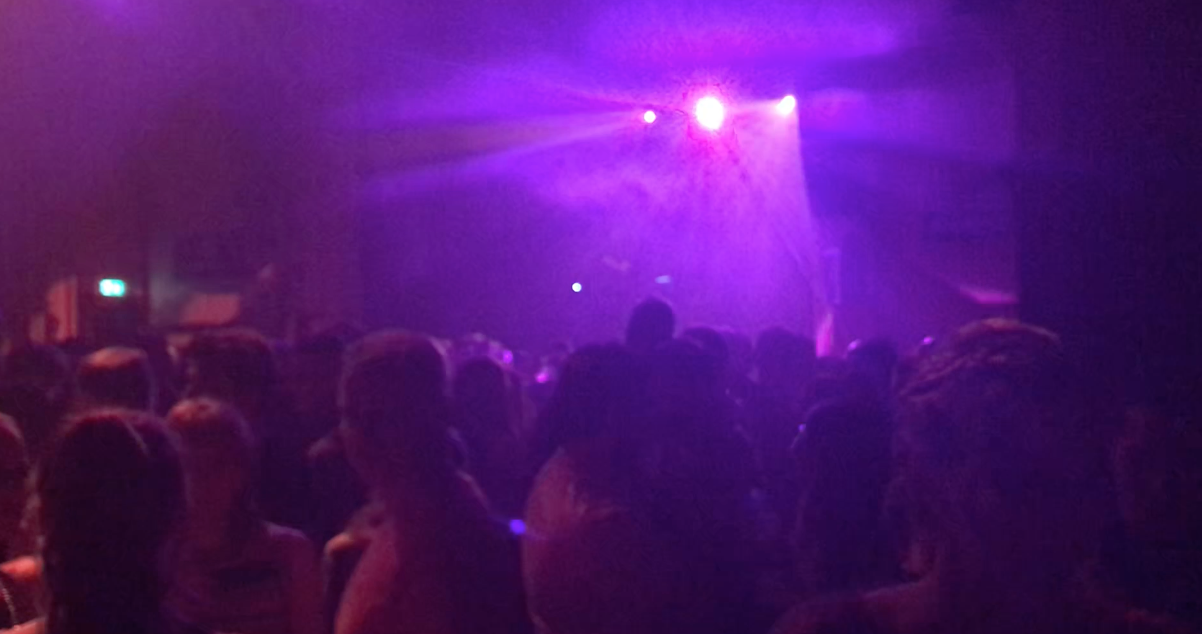 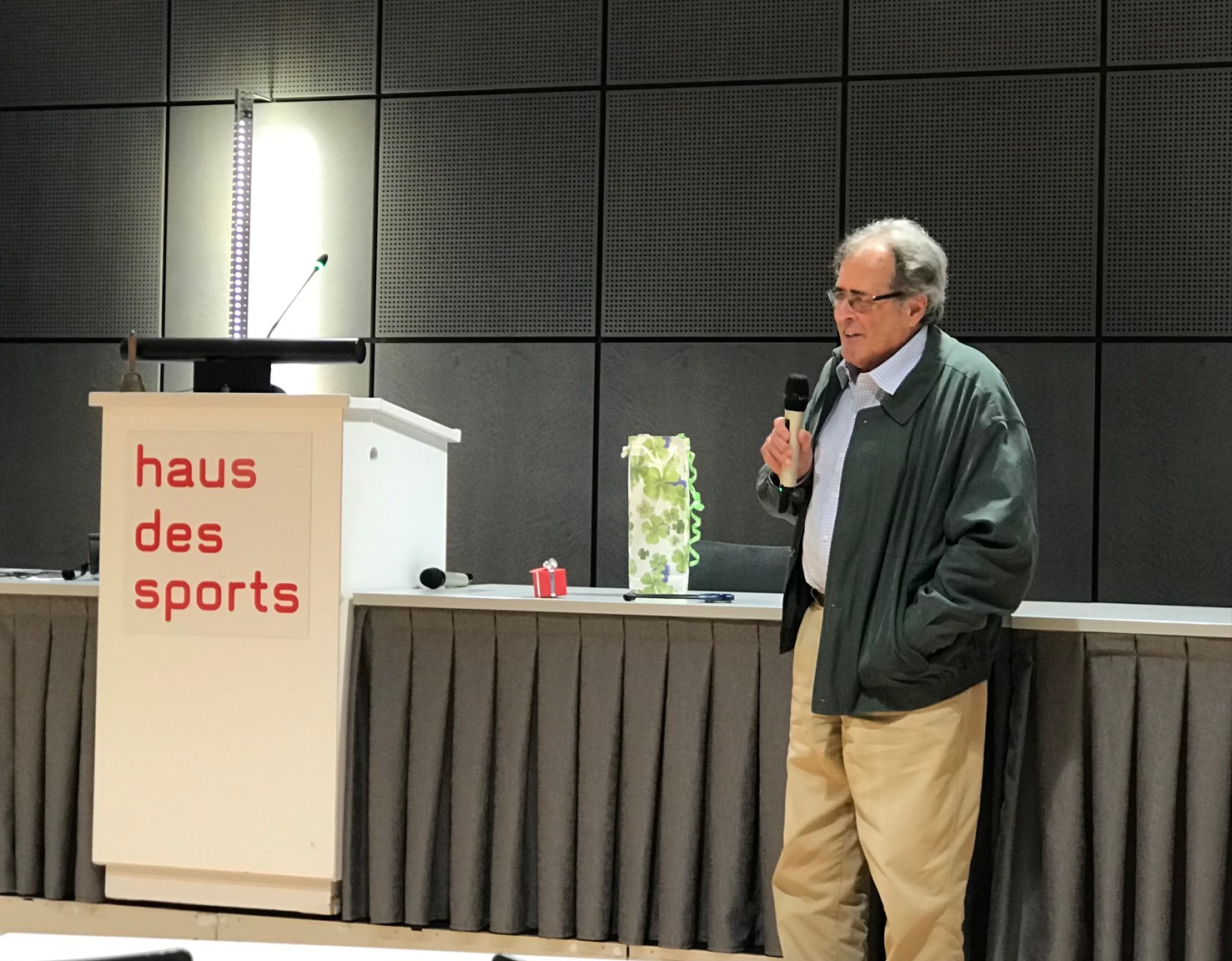