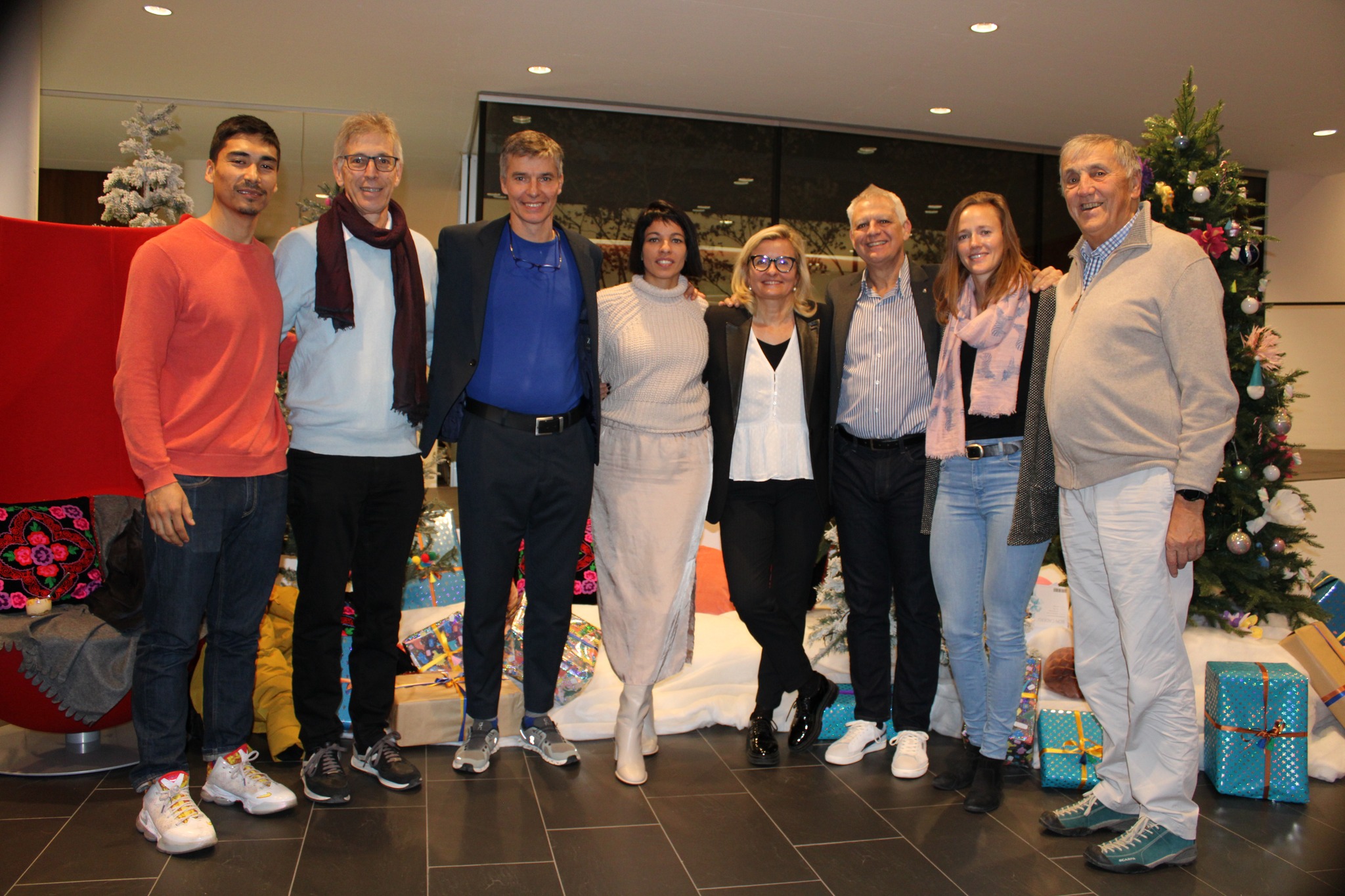 The fundamental and historical priority of ATLETICAGENEVE on the values and ethical principles that can be summarized, in the very broad sense, of fair play, have positioned ATLETICAGENEVE and also the meetings of the EAP circuit (European Athletics Promotion) with whom she inseparably shares destiny, among precursor events.
Starting at the end of the 80s / beginning of the 90s on the principle of fair competition, without cheaters (doping), the concept has evolved over the years, but always having as a priority "here only athletes who give the best of themselves, on equal terms".

From the mid-1990s (with the advent of the fax) all participation contracts required the double validation of the sworn statement not to be doped and sanctions for the transgression of this clause.
We only talk about it this year at World Athletics level, ... 30 years later!

This notion of a clean competition has evolved and expanded by integrating other clauses that have been formalized for ten years in the EAP Code of Conduct and all meetings, including ATLETICAGENEVE, must adopt it.
The evolution of this code of conduct will now include another aspect, as important as it is urgent, and concerns safeguarding and more particularly the fight against sexual harassment and abuse.
Knowing that one athlete out of 5 has or has had to do with this problem and knowing how destructive it can be for the psychic, mental and social development of the victims of this abuse, we can neither ignore it nor content ourselves with say that the apex institutions take care of that. Because, when this happens, it largely concerns teenagers who do not necessarily have the reflex to contact the national federation or the Olympic committee. For this, and knowing that the Geneva meeting welcomes more than 500 athletes each year (including a significant number of teenagers) and that as a whole the EAP circuit brings together some 10,000 athletes, of which 1/3 or 1/4 are teenagers, we wanted to equip ourselves with an effective tool (the code of conduct, mandatory for athletes, coaches and managers alike).

As such and with our experience, we were invited to debate during the round table requested by Dr. Mattia Piffaretti as part of the 25th anniversary of his sports psychology firm AC&T Sport Consulting.

It was interesting and informative to share our opinions with those of the guests (representing the world of sport, athletes, coaches and management) and the public.
The panel discussion was brilliantly moderated by Martina Chyba (RTS journalist), the guests positioned themselves as follows when asked what they would recommend as effective safeguard measures and policies:
Protecting yourself for Priscila Guedes (big wave surfer) means… taking care of yourself, managing your stress and injuries, being accompanied by health professionals in your sporting journey.
For Frédérique Rol (Olympic rowing) it means… providing the means for balanced planning, training coaches and providing medico-psychological sports resources
For Pablo Cassina (Organizer of the Athletica meeting, Geneva and Patron of the EAP circuit) this means… reviewing the remuneration system for professionals, guaranteeing a balanced sports calendar, adopting a code of conduct and having it signed by all members, promoting accountability athletes and provide a lifeline.
Finally, for Georges-André Carrel (former director of the UNIL sports department and former coach of LUC Volleyball) it is… Monitoring the environment and training coaches in the use of language which promotes and also leads to success, reconciling preservation and the pursuit of excellence.

Dr Piffaretti also thanked Mr Bashkim Iseni and the BLI of the City of Lausanne, for their support of the Republic of Sports project.

The event then ended with the poignant testimony of Swiss wrestler Tanguy Darbellay who lived in Ukraine, Belarus to perfect his sports training and whose sporting and human experience, with the arrival of the war, turned out in different way, but were sport and friendships among people always wins. In particular he helped various refugees to enter Switzerland.
Martina Chyba paid tribute to his young career and specially his human involvement with delicacy, a career and involvement that Dr. Piffaretti then rewarded with the first AC&T Sport Consulting Athlete Safeguarding Prize.

Finally, Michel Ansermet, (Silver at the Olympics in Sydney 2000), Director of Aquatis aquarium-vivarium, offered the guests a gift.

The event was organized with the help of Mrs Amal Safi, event manager at AC&T and Mrs Elisabeth Alli, for the relentless support to Mattia's Piffaretti sporting endeavors. 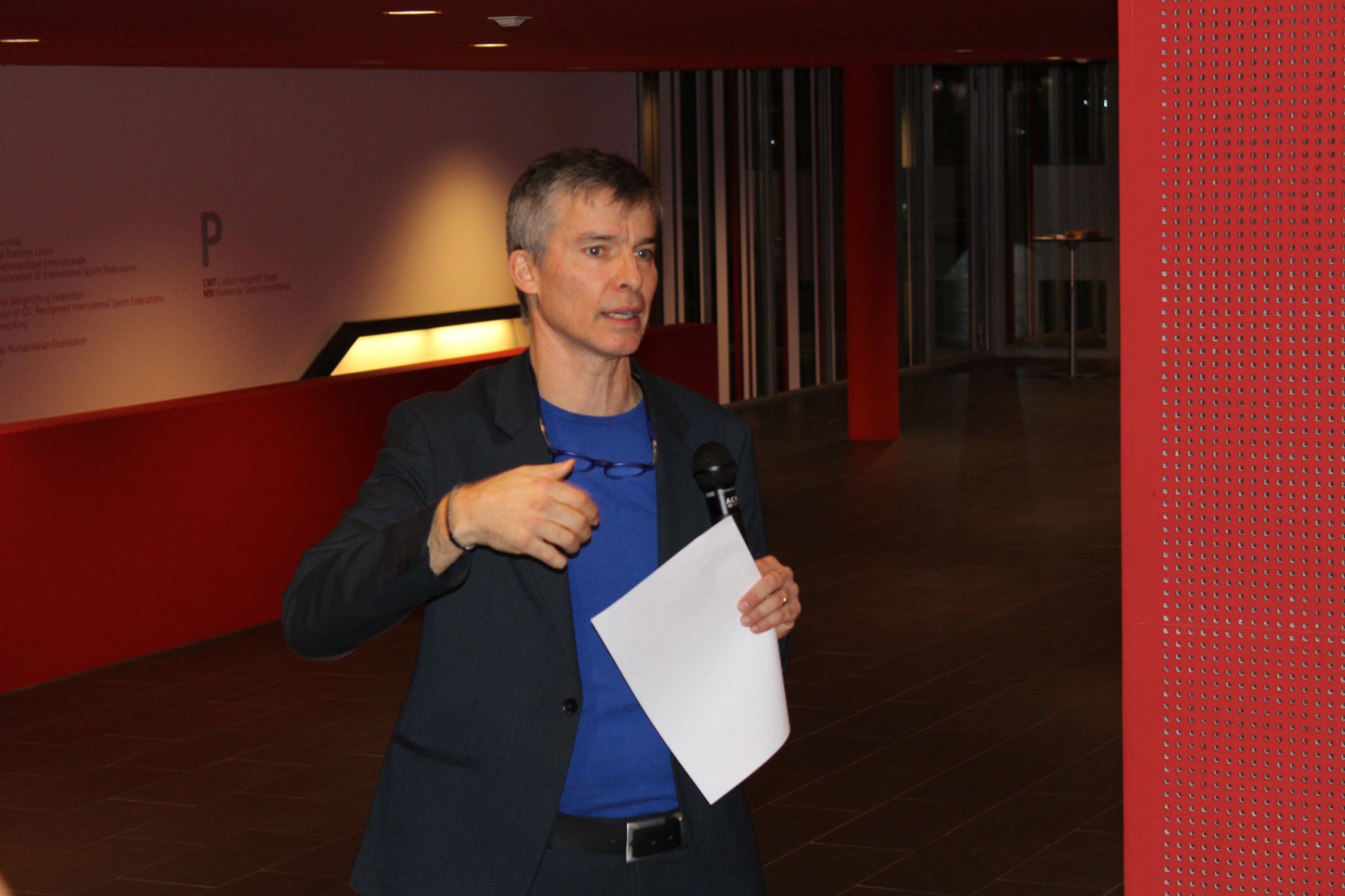 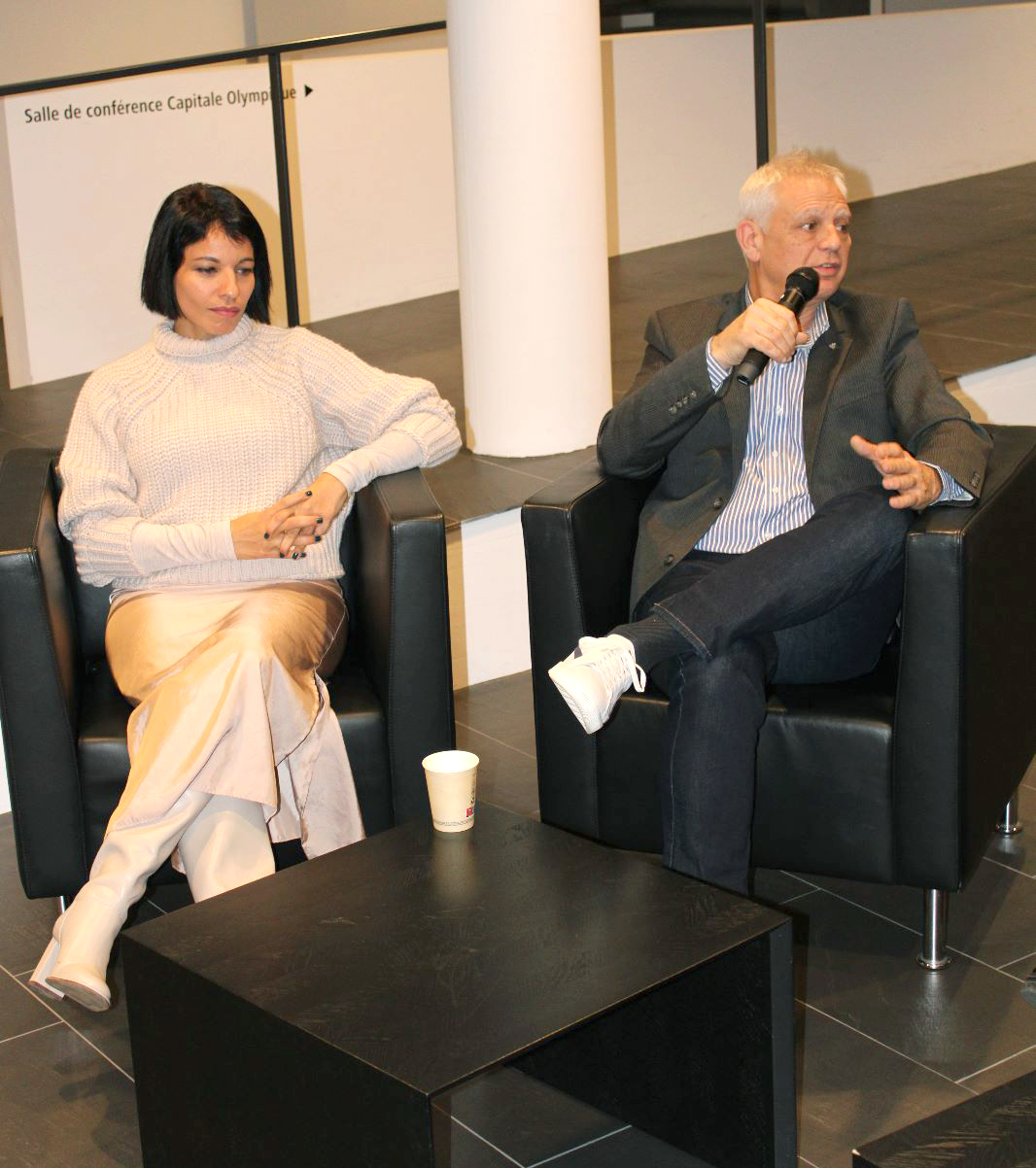 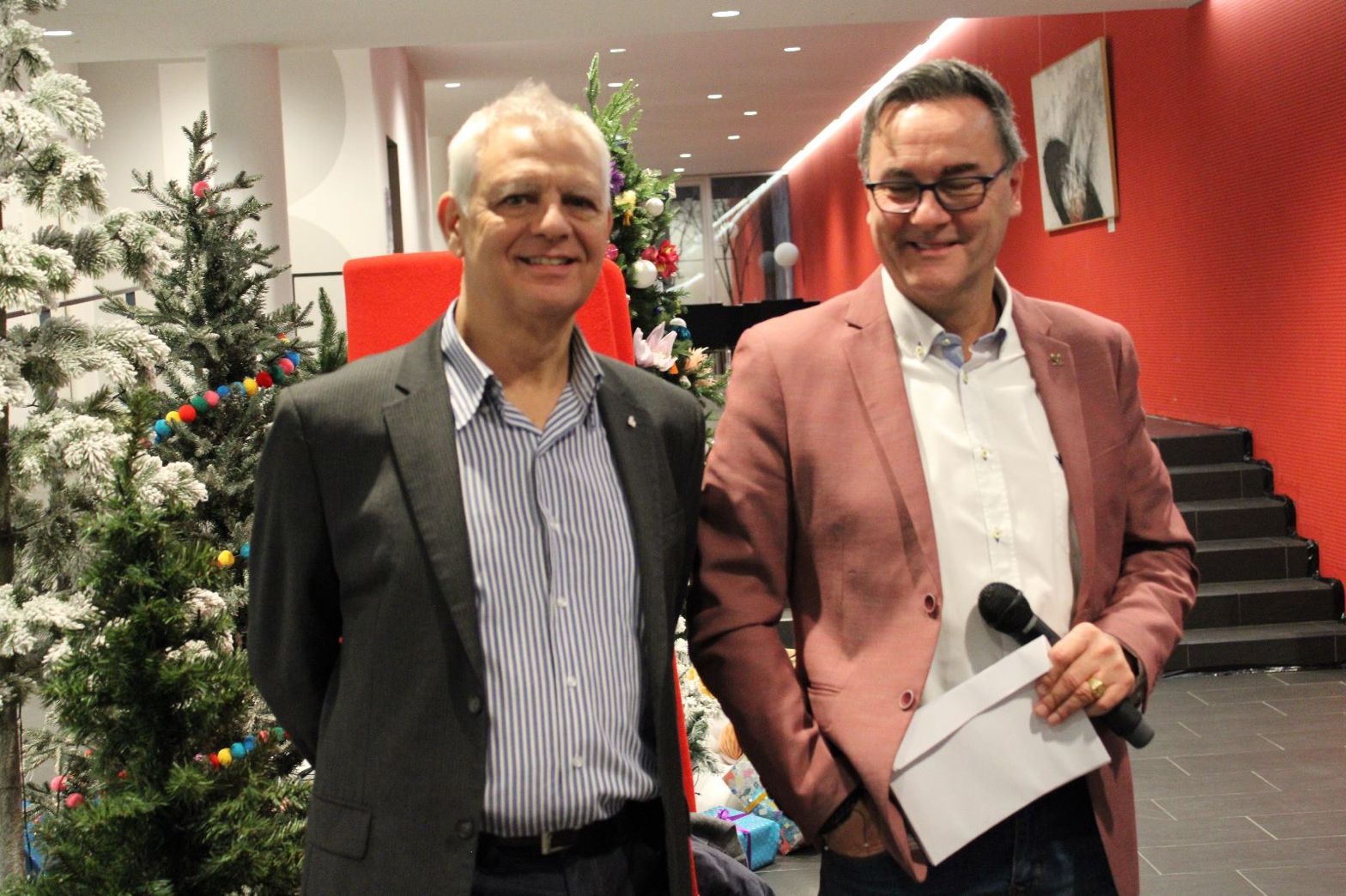 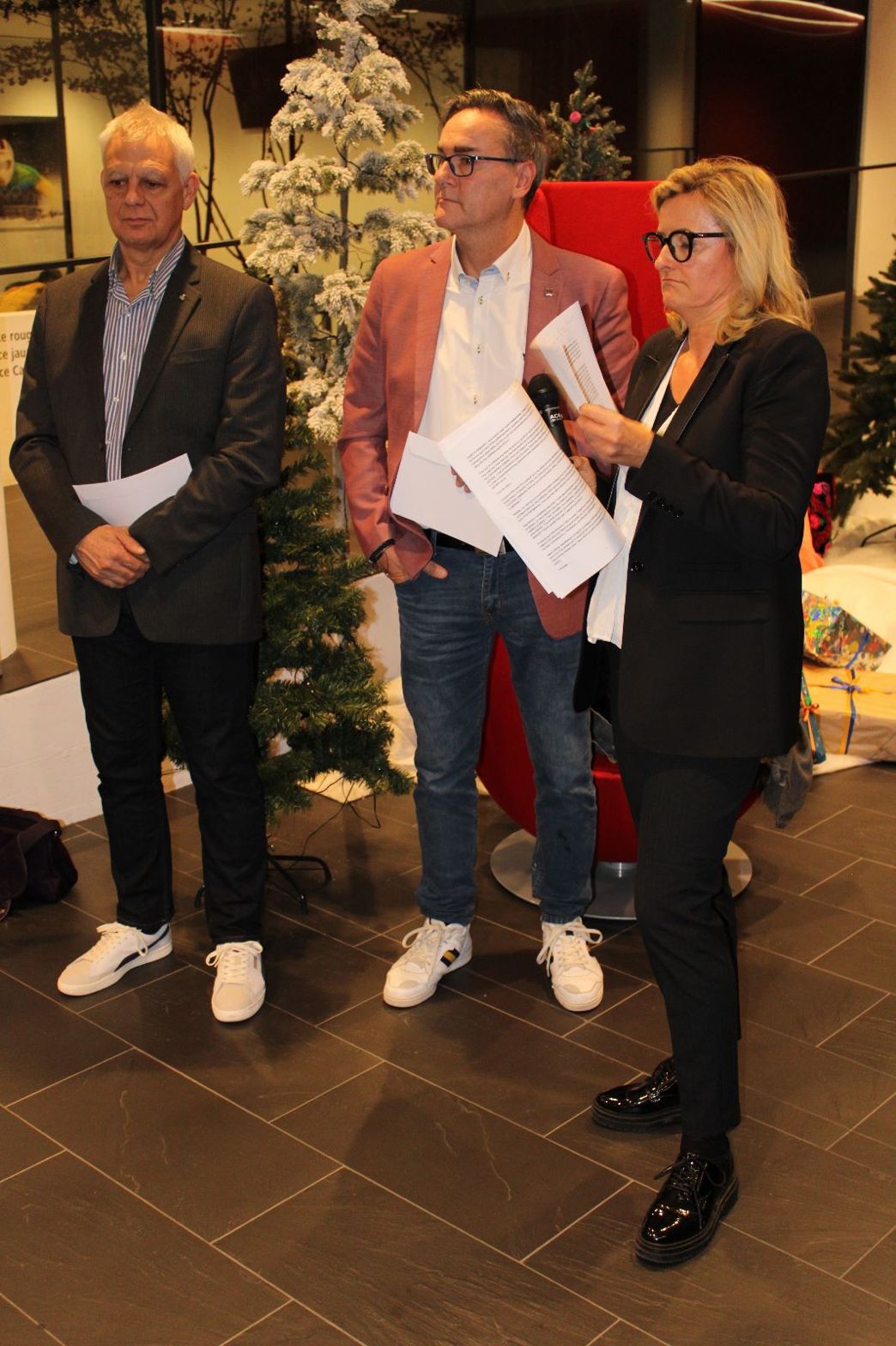 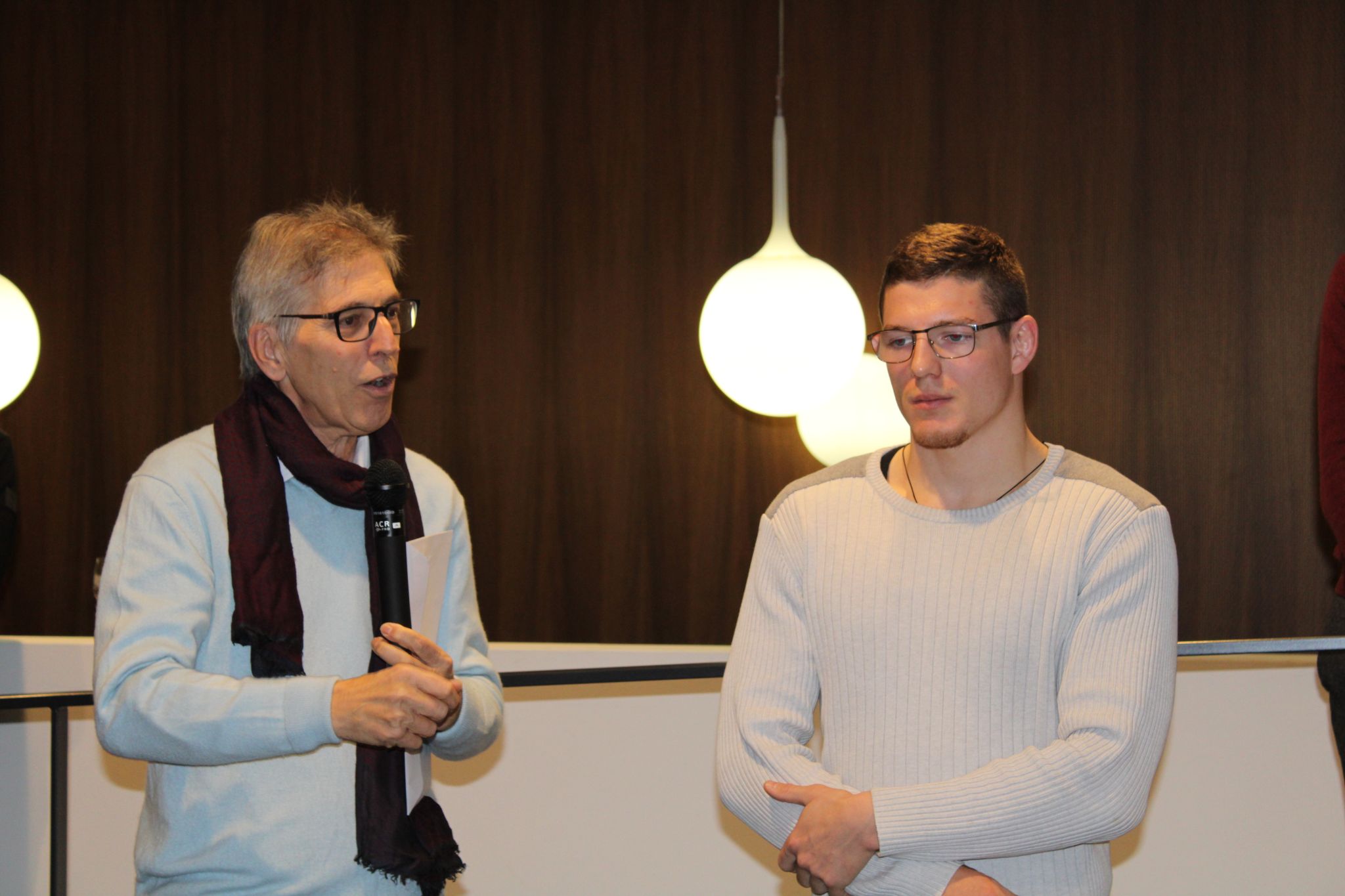 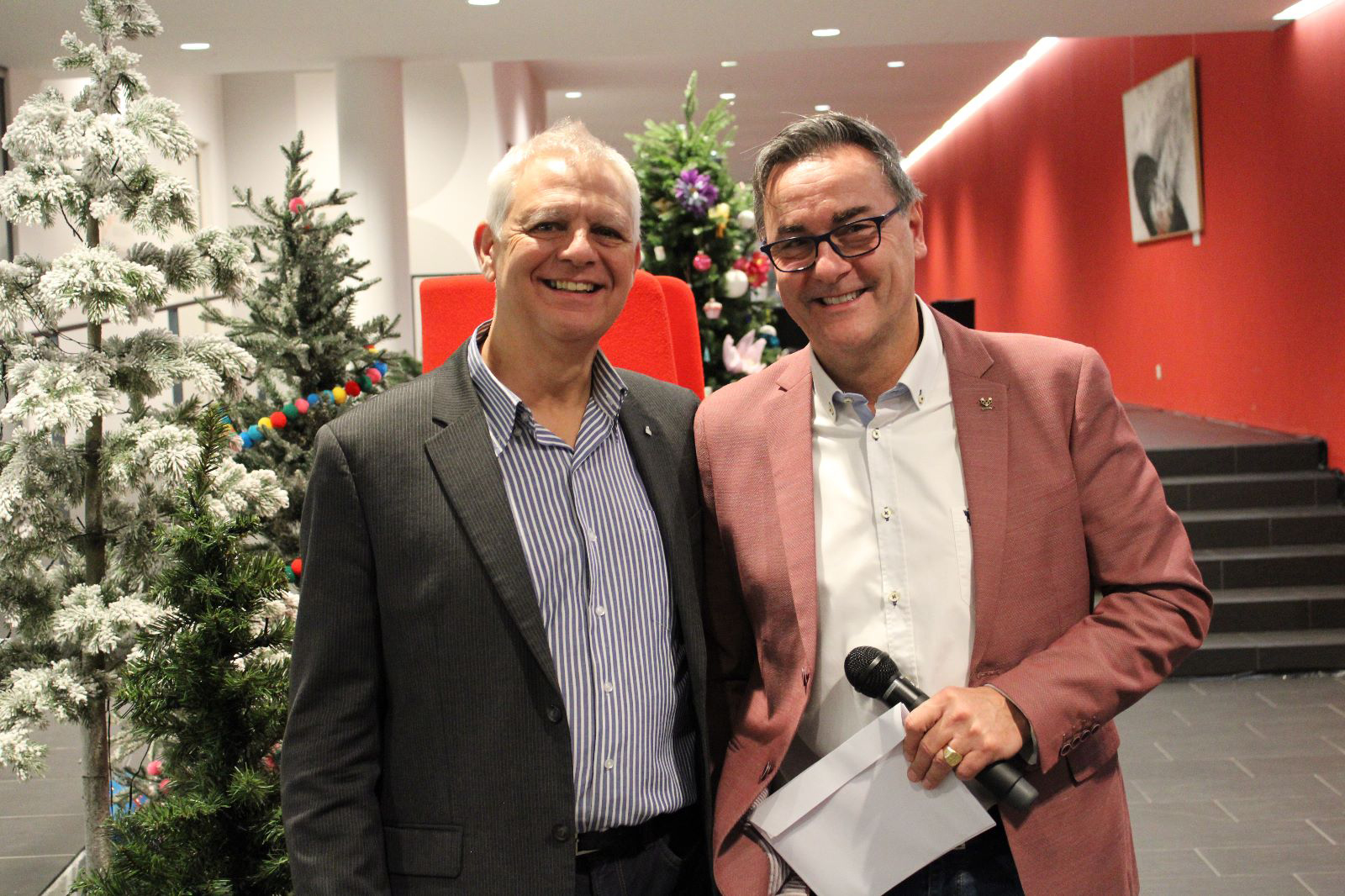 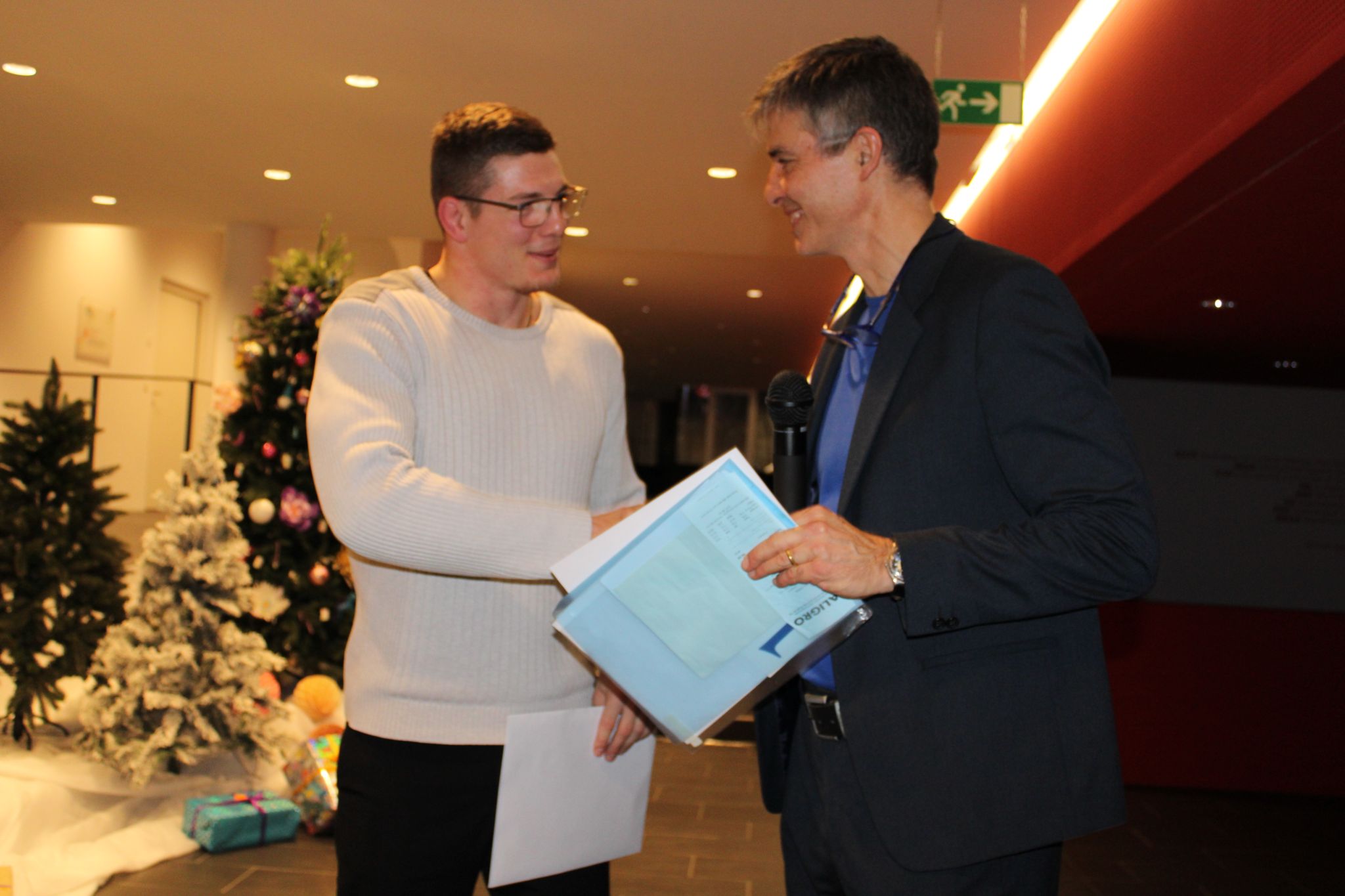 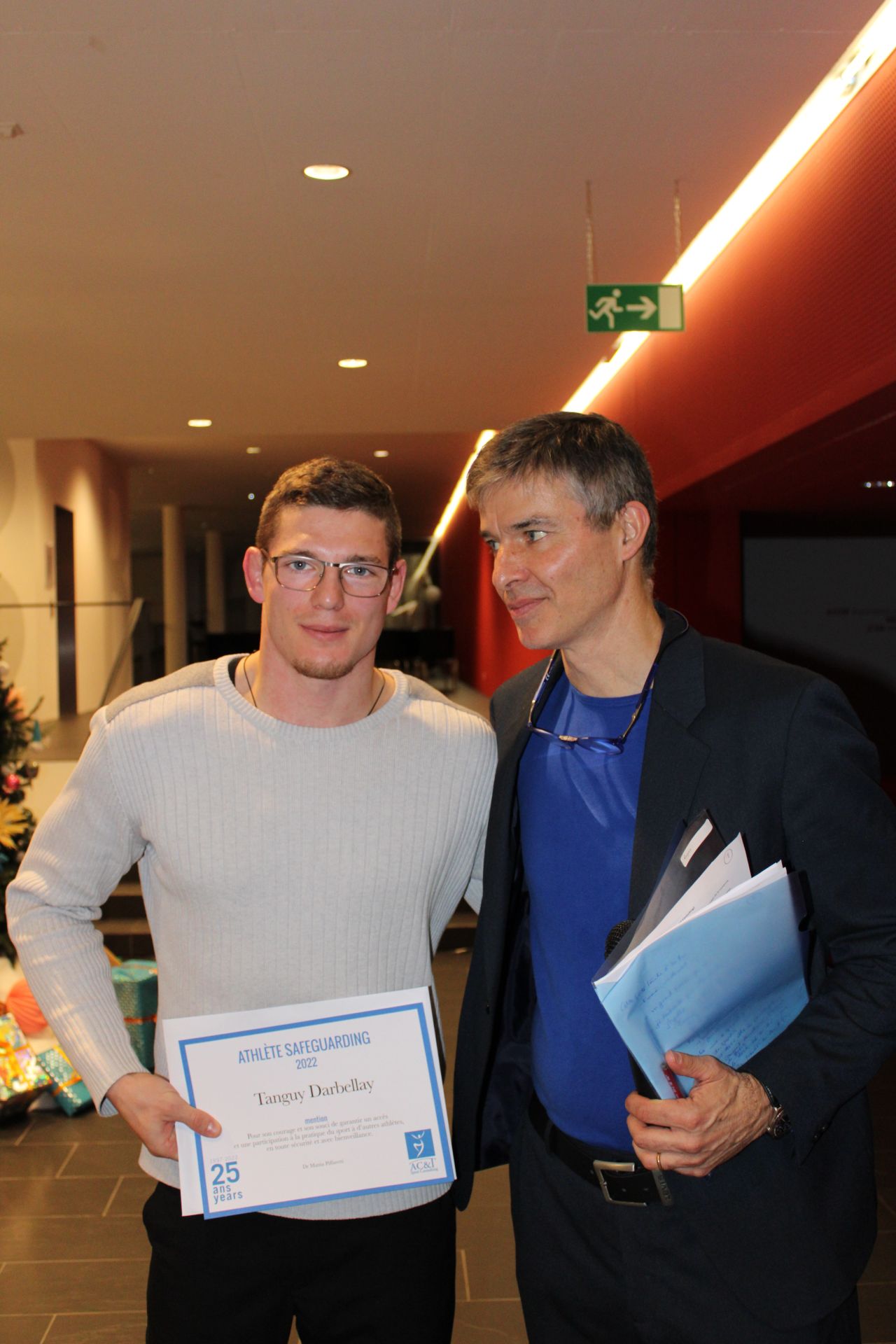 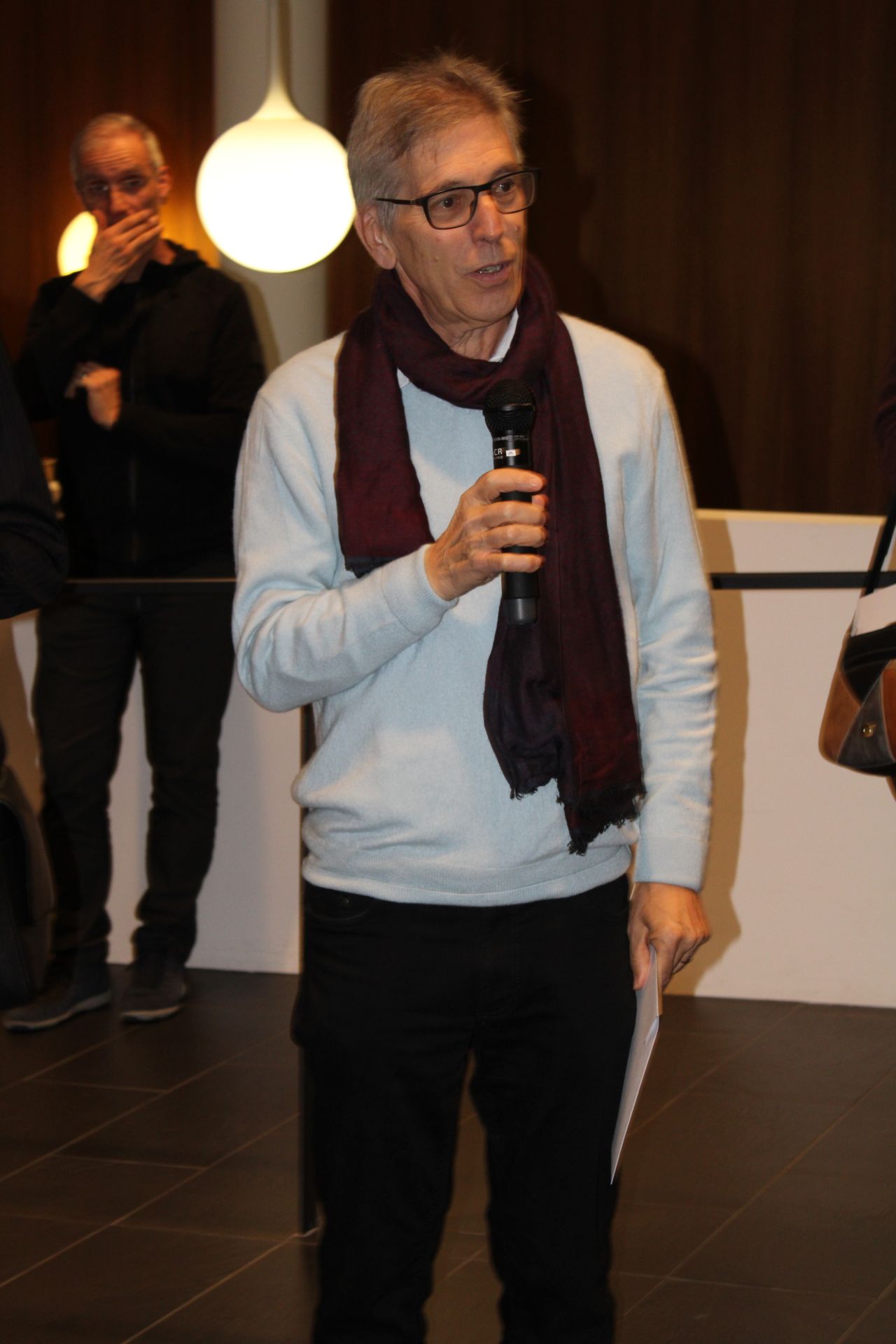 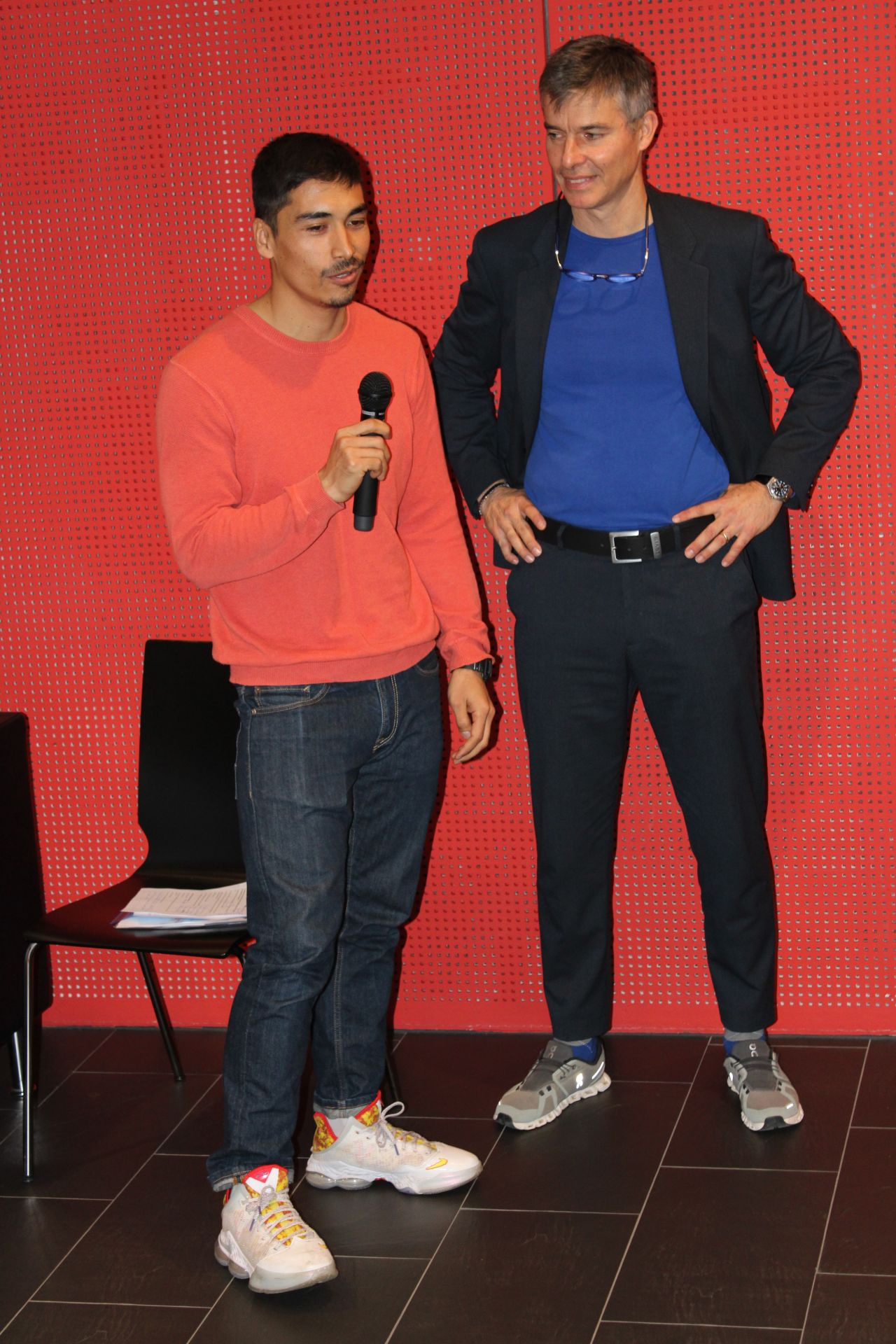