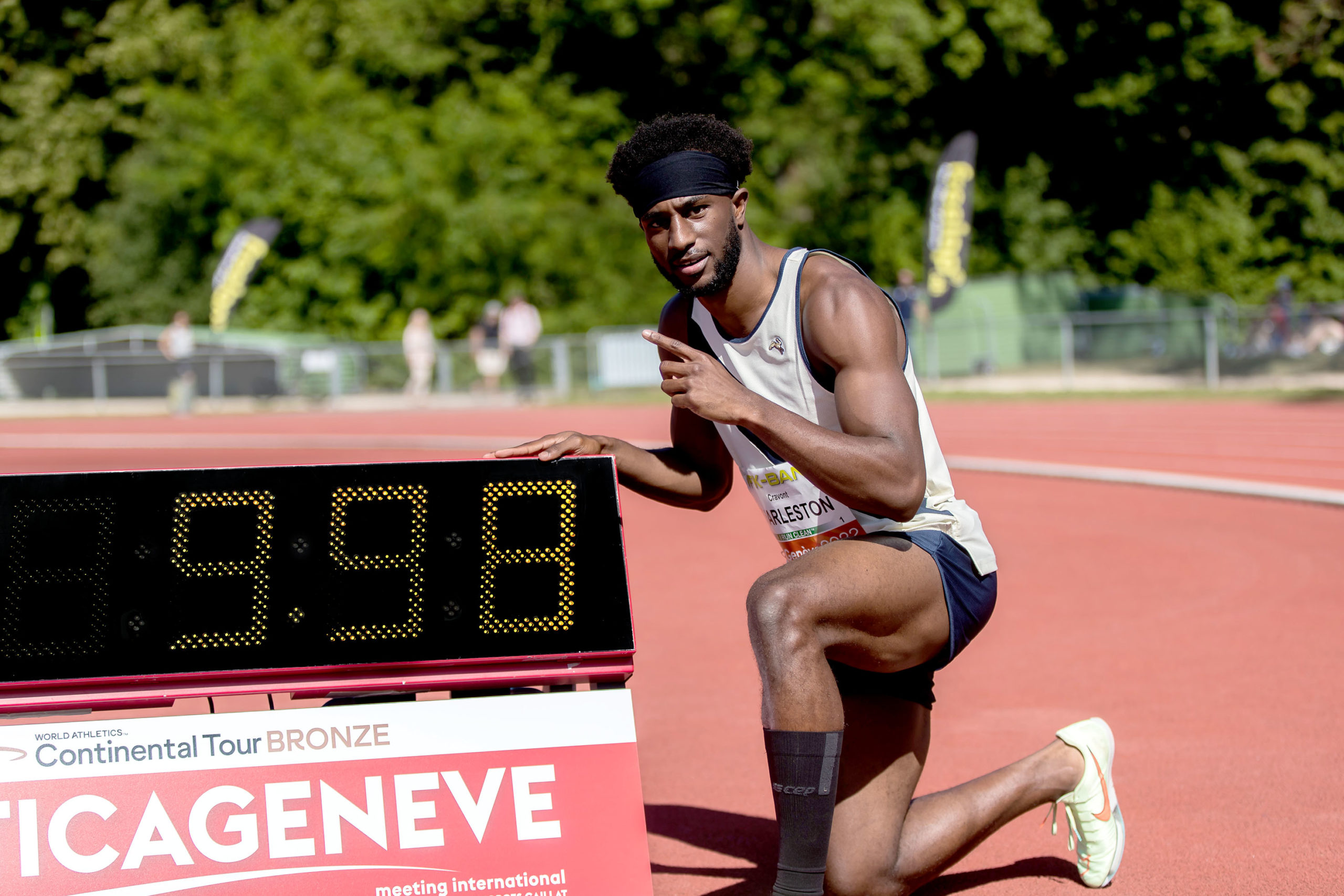 "This June 11, 2022 will have marked a further step forward in the development of the Geneva international meeting.
We thus left bad luck behind us (mini tornado of 2019 forcing us to stop the meeting, our very promising, two hours before the end), then the cancellation due to the pandemic in 2020).

Here we are again, ATLETICAGENEVE at the highest level!

A hot time like this corresponds to 5th place in the world championships (Eugene), 6th in the Tokyo Olympics and such a performance would have meant the silver medal at the European championships!

But this performance is not a unique feat. The entire meeting was very dense.

Its place at the world level had even temporarily ranked him 18th !

In the end, the final world ranking places him in 33rd place in absolute performance and 36th overall, including "participation points".
This classification of "one-day meetings" counts around 1,300 meetings in the world, including the 13 superb ones in the Diamond League.

Excellent, especially since the meeting is always organized entirely on a voluntary basis! We are somehow looked at with strangeness and admiration. But how do they do it?

It's actually a lot of work: a whole year of preparation to optimize all the costs, but having to overlook a lot of infrastructure and communication choices.

ATLETICAGENEVE, is a "Bronze" meeting, second best in the world (for a breath) out of 44 meetings in this category and which allows itself the luxury of beating 7 (!) "Silver" meetings (Madrid (ESP), Walnut (USA) , Des Moines (USA), Kuortane (FIN), Šamorín (SVK), Manchester (GBR), Brisbane (AUS)) and even two Gold (Tokyo (JPN), Devonshire (BER))!

"Super ranking of Swiss meetings in the World Athletics Ranking", titles its article of October 7, 2022 "Swiss Athletics" continuing: "The 7 biggest Swiss meetings are all ranked in the Top 51. The big Diamond League meetings that Weltklasse Zürich and Athletissima Lausanne are ranked first and third. is the Diamond League Weltklasse Zürich final that has collected the most points this year.Athletissima Lausanne is in third place behind the Prefontaine Classic in Eugene (USA), Galà dei Castelli in Bellinzona (20th), Spitzen ), Atleticagenève (36th), Résisprint international in La Chaux-de-Fonds (39th) and CITIUS in Bern (51st) are also excellently placed.Only the USA has a greater density of e meetings of the first order."